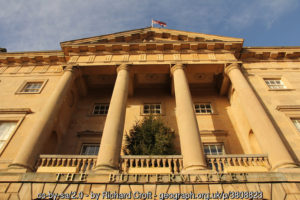 Wednesday 16 January – My first journey by train this year, and the destination is Newark–upon–Trent. From Sevenoaks I travelled to London Bridge on the late running 09.29 service. This departed at 9.34 and arrived four minutes late in London. I transferred to St Pancras on the 10.01 Thameslink service at 10.03, time was made up and it arrived on time. This saved travelling on the Underground! I walked to Kings Cross and waited for the 11.06 departed to Newark Northgate. This train arrived five minutes late at Newark. It is often said that it is a small world, when in Newark I saw a person who was for many years the landlord of the Grove Tavern in Tunbridge Wells.

At Bat & Ball I noticed that three of the four lights on the footbridge were not working. Before Christmas I advised Southeastern that there were two lights not working on this footbridge. Nothing appears to have been done in a month; I would expect that lights on a footbridge should have a high priority for repair!

Thursday 24 January  – My destination is Manchester today, when I arrived at Bat & Ball station none of the lights or information screens were working. People were concerned if any trains were running. Apparently, the previous evening on the 23 January 2019 there was a power failure at Bat & Ball station and trains were not stopping after there after darkness descended. It appeared that there were still problems with the power supply. 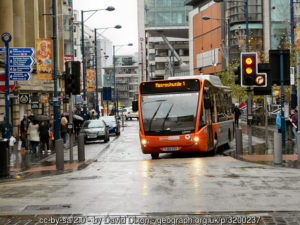 After using the Northern line to transfer to Euston I travelled to Manchester on the 10.00 service which arrived four minutes late. One of the train crew welcomed passengers onboard by saying that the train was heading north to where the better football teams are. Groans could be heard from some of the passengers! I used the free Metroshuttle buses to travel around central Manchester which are very convenient.

The 19.54 departure from London Bridge arrived two minutes late on platform two, just in time to watch the 20.22 to Bat & Ball depart; effectively a thirty minute delay to my journey. The first delay repay claim of the year. Bat & Ball to Manchester and return is approximately 416 miles, the fare paid was £58.85.

Wednesday 30 January  – I am heading for Colchester in darkest Essex today. I commenced my journey on the 09.21 at 9.25 from Bat & Ball. This train was four minutes late arriving at Sevenoaks. Southeastern were also having problems today. The 09.29 departed at 09.46 and arrived at London Bridge at twenty-seven minutes late at 10.20. This train should have terminated at Charing Cross but at Sevenoaks passengers were advised that due to late running it would be diverted to Cannon Street. However, it was terminated at London Bridge. I transferred to Liverpool Street using the Northern and Central lines. The 11.00 departure to Colchester arrived one minute early, I transferred to a train for Colchester Town which was on time.

Thursday 31 January – A short journey to Bromley South today for some retail therapy. There was no power at Bat & Ball station when I arrived therefore, I could not buy a ticket. I boarded the 13.55 service which departed at 13.57. Surprisingly, there was a Thameslink employee on the train checking and selling tickets. I purchased my return ticket to Bromley South and on arrival there discovered that it would not open the barriers!