Southeastern plan to re-introduce “Tavern Cars” on their services, if they win the new South East Franchise from April 2019.

First introduced by the nationalised British Railways on services from Waterloo in 1949, the Tavern Cars aimed to create a country pub atmosphere for homeward-bound passengers.

Southeastern said that this initiative builds on their years of success in providing a relaxing, stress-free experience for commuters.

As can be seen from the photograph, the Tavern Cars also conform with the DfT’s policy of creating more “capacity” by removing seats so there is more space for passengers to stand.

The flagship service will be the “Thirst Class Express” from Charing Cross to Hastings. This will feature Ruddles beer.

However Hastings rail users are already complaining. One regular passenger said “The journey is far too short: the short-sighted policy of eliminating stops at Orpington and Sevenoaks from 2022 means that there’s not enough time to really enjoy a second pint.” 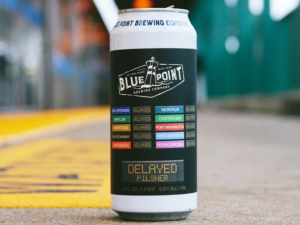 Southeastern also plan to introduce a specially themed beer drawing on the experience of New York commuters.  A spokesman said “Whatever the Long Island Rail Road can do, we can do better.”

Other beers stocked will include: