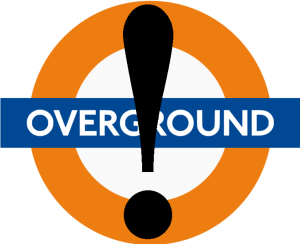 The Sevenoaks Rail Travellers Association has long been campaigning to bring TfL’s standards of service and integrated ticketing to the Sevenoaks area.

TfL’s Overground service has consistently achieved better performance and better customer satisfaction ratings. For instance the dreary old Silverlink trains and stations on the North London line have been transformed beyond all recognition. All that is despite TfL suffering some of the same infrastructure issues that Southeastern blame for their abysmal performance.

It’s clear that TfL’s concession model produces superior results: that’s because TfL plan services to maximise the benefits to the local economy, TfL set fares and standards of service to attract more fare-paying customers, and TfL then actively manage operators hard to make sure they deliver to agreed standards. In addition they offer integrated ticketing (Oyster) and all stations are manned from the first train to the last – which would greatly benefit the much neglected Dunton Green. What’s more, TfL would bring much-needed competition and new thinking to rail services in the South-East.

So we are pleased that the first steps have been taken with this morning’s announcement from the Secretary of State for Transport and the Mayor of London about proposals to create a better integrated rail network in London and the South East.

An important move is the partnership to give a new, joined-up, strategic direction for the specification and management of rail passenger services, with consistently high standards of service. We hope that this will not only bring benefits to the Metro services but will also treat Mainline services as an important part of the London and South-East economy in the way suggested last week by the Centre for London. The statement rightly stresses that frequent and reliable rail services are vital to enhancing people’s quality of life and ensuring the region’s towns remain attractive places to visit and do business.

The proposals will also include the transfer of responsibility from the DfT to TfL for inner suburban rail services that operate mostly or wholly within Greater London. This includes some services from Cannon Street, Charing Cross and London Bridge. So we expect the current Southeastern Metro service to transfer when their franchise ends in 2018. One vital unfinished piece of work is to define the boundary of the area controlled by TfL – but we are clear that that natural boundary point in our area is Sevenoaks itself where the Southeastern Metro trains already stop. The proposals are also unclear about what will happen to the Darenth Valley line Thameslink services once the franchise ends (in 2021-23).

The proposals say that the DfT will continue to be responsible for the Mainline services, but it is said that “the partnership will ensure that all the region’s passengers benefit from a joined-up approach and none are disadvantaged”. There is a pledge that “high standards of customer service should be common to all services, regardless of whether they are specified by TfL or DfT. This includes, where possible, integrated fares and information, plus an improved travel environment, better accessibility and staff available to help”. We hope that this means that DfT has recognised that the Southeastern “franchise” model has failed commuters and that in future the partnership for both Mainline and Metro services will be based on the proven TfL approach to delivering consistently higher standards and with the potential for lower fares.

“This is a breakthrough for the Sevenoaks area and its long-suffering rail passengers. The Sevenoaks Rail Travellers Association has long supported bringing the TfL model and integrated ticketing to Sevenoaks, and our lobbying has helped local government recognise that this is the best way to go. We will be working with TfL, DfT and local government to ensure that these proposals are developed and implemented so that rail travellers see a real difference in quality of service and value for money. What should make a real difference is that TfL’s strategic approach is based on growing services rather than accepting old constraints.”

There is a 21-page document that gives more details and invites responses. We will be analysing it and giving our response shortly. In doing so we would like to hear your views: please tell us here.