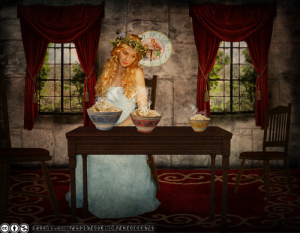 Southeastern have told our colleagues at Dartford that it’s alright because “complaints about train heating are split 50/50 between passengers claiming it’s too cold and those complaining it’s too hot“.

Some passengers have been reporting that their different trains have had no heating at all. For instance:

@Se_Railway @SevenoaksRailTA. -5 this morning & no heating in my carriage on 7.12 BRG to BFR. Can this get any better? Oh yes, running late.

@Se_Railway Can somebody turn on the heating on the 17:43 train from Cannon St to Barnehurst. We’re freezing here

Yet at the same time others are saying that their trains are boiling:

@Se_Railway the train from Victoria 1709 is boiling, any chance someone can turn it down!!??

@Se_Railway any chance you could tell the driver of the 18.01 from chx to new Eltham to turn the heating down? Everyone is boiling!!!

@Se_Railway I’m not joking when I say I’ve had to strip down to my vest,it’s like India in the summer !

Indeed the Dartford Rail Travellers Association have been reporting that on some trains the radiators are dangerously hot:

There are points on the heating element reaching 89.2C @Se_Railway do you HONESTLY think this is acceptable? pic.twitter.com/0pOtMWEWgn

It seems that Southeastern’s spokesman would like us to believe that these are just different people’s views on the same reasonable temperature.

That does not seem plausible to us. These are reports from different trains. And it is hard to believe that someone would feel frozen in a carriage with a radiator at 89.2°C giving off heat.

What seems more likely is:

This would explain why different customers are reporting very different experiences. And it would be down to a common cause of failures in rolling stock maintenance – which we know from the number of short train formations is already a problem at the moment.

Southeastern should stop trying to dismiss this issue, they should investigate what is really happening – and say what they are going to do about it.

After all, Goldilocks herself found that one bowl of porridge was too hot and the next one was too cold.

If you have any experience of trains being too hot or too cold – or “just right” – please do let us know.