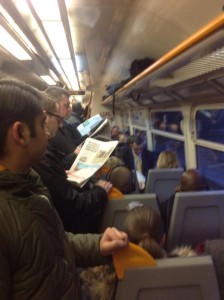 A survey of Southeastern passengers from the Sevenoaks area has found that many are suffering as a result of the new timetable:

The Sevenoaks Rail Travellers Association consider that the survey shows the need for urgent and specific action by Southeastern and by the Department for Transport:

“These results show that on current plans widespread passenger misery will continue for three years. People understand the constraints of the London Bridge Rebuilding and have been amazingly tolerant so far. But Southeastern and the Department for Transport need to show that they are prepared to listen and act to the rising anger of rail customers.”

The detailed results of the survey are on our website.