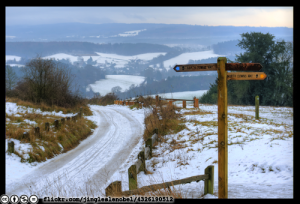 This week problems with flooding prevented Thameslink trains running through central London and this caused many cancellations and timetable alterations on services via Bat & Ball. Unfortunately the special timetable did not appear properly on the information screen at Bat & Ball which caused some confusion.

The worst journey I experienced during this week was on Wednesday 28 January. I had intended travelling on the 08.46 from Bat & Ball to Blackfriars and then the London Underground Circle line to Liverpool Street Station to travel on the 10.18 departure to Colchester. However my plans had to be changed because the 08.46 was cancelled. The next departure from Bat & Ball was the 08.58 to Sevenoaks; this train left at 09.11 and arrived at Sevenoaks at 09.14. Fortunately the 9.14 service from Sevenoaks to Charing Cross was running late and I boarded this train at 09.16 and arrived on time at 09.49. Charing Cross to Liverpool Street would normally be via Northern Line to Tottenham Court Road where a change on to the Central Line would be required. Due to Cross Rail construction work this was not possible so I used the Bakerloo line to Oxford Circus and changed on to the Central Line there. I arrived at Liverpool Street Station at 10.14; a close one!

The Gent’s toilets at Sevenoaks have again been out of use all week.

After three weeks of the new timetable, the redevelopment work at London Bridge and the train service restrictions associated with this, I would suggest that the following issues needed to be addressed: –

In addition I would suggest:

Finally a small success for my Bat & Ball campaign. Regular readers may remember that rotting wooden handrails on Bat & Ball Station footbridge were mentioned on this website in the past. The wood in question was replaced during the week commencing 26 January 2015! Thanks, Southeastern!