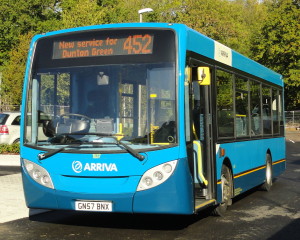 Arriva and Go-Coach are changing some of their services in the Sevenoaks area from Sunday 6 April.

Otford and Shoreham will be served during the day on Monday to Saturdays by:

On the 401 Monday to Saturday services are unchanged but there are small changes to timings on Sundays – most buses from Westerham to Sevenoaks will run 5 minutes earlier than at present.  This will be all year round, and it will allow the bus to call at Knole during the summer.  The final bus of the day (1834 from Westerham) will be unchanged.

Thanks to Arriva and Go-Coach for letting us see the timetables in advance.  Arriva’s summary post on the changes is here.

Note: A lot of people visit this page.  If the information that you were seeking is not here, please tell us in the comment box below what you would like to see.