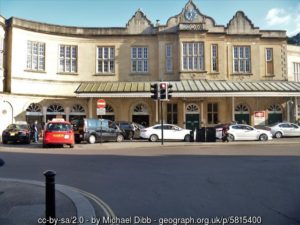 Incidents and this month’s issues: –

Wednesday 4 July – My first trip by rail this month was to Bath. Due to Thameslink’s reliability, and problems in running the new timetable I had to commence my journey one hour earlier than I could have. My Advance Single ticket from Bat & Ball to Bath was only valid on the 09.29 from Sevenoaks to London Bridge. Therefore, the 09.21 from Bat & Ball to Sevenoaks should connect with this service. However, based on past experiences I would have travelled on the 08.51 departure but due to Thameslink’s current reduced timetable this train does not run. Accordingly, I had to catch the 08.23 service and wait at Sevenoaks for over an hour for my train to London Bridge. Whilst waiting for my train an announcement came over the PA system, “outside the station for the 09.20 service to Bromley South”. Obviously, a bus replacement service for a cancelled Thameslink train, but not enough information to direct passengers to the actual departure point. A glance at the platform information screen supplied the answer, the bus would depart from car park number one.

The 11.00 to Bath ran to time. After wandering around Bath for a few hours, reminding myself what a tourist rip-off the city is and re-establishing my proficiency in the use of an umbrella, I returned to Paddington on the 15.43 service, arrival at Paddington was 26 minutes late. However, the driver did try to catch up time, a maximum speed of 128.6 mph was noted between Reading and London. I was pleased that the trains between London and Bath in both directions were InterCity 125’s. Bat & Ball to Bath and back is about 260 miles. My fare today was £35.60. Two Advance Single tickets at £17.80 each way.

Friday 6 July – I wanted to travel to Tonbridge from Bat & Ball today at 15.51. However, when I checked National Rail Enquiries both the 15.21 and 15.51 were cancelled. Accordingly, I departed one hour earlier than I wanted, and needed, too. However, when I arrived at Sevenoaks Southeastern were having problems due to a major signal failure at Grove Park. The next services to Tonbridge were as follows; 15.06 cancelled, 15.13 and 15.20 delayed, the 15.36 expected at 15.38. The first train to arrive at Sevenoaks was the 15.43 at 15.53, arrival at Tonbridge was at 16.00. Another delay repay claim submitted. Whilst I was waiting on Sevenoaks station platform staff were handing out bottles of water to the delayed passengers.

Due to Thameslink cancellations there was no service from Sevenoaks to Bat & Ball after 19.52 until 21.52, two hours without a train service and no information about any replacement bus service. Accordingly, I travelled home from Tonbridge earlier than I had intended to on the 19.39 service. On arrival at Sevenoaks the 19.52 train service was replaced by a bus. As we approached the Bat & Ball area this bus did not proceed to the replacement bus service bus stop outside of the station but stopped in Otford Road where there is not a bus stop. My understanding is that the law requires buses to only stop at dedicated bus stops. Due to this action if anybody wanted the 19.55 service from Bat & Ball to stations towards Blackfriars they would not have been able to board the replacement bus because it did not stop at the appropriate bus stop outside of the station.

Saturday 7 July – My destination is Sittingbourne today. I commenced my journey on the 08.55 from Bat & Ball to Swanley where it arrived on time. The 09.15 from Swanley departed one minute late but was on time at Sittingbourne. I returned on the 15.30 departure from Sittingbourne to Swanley which was on time. At Swanley I discovered that the 16.36 Thameslink service to Bat & Ball had been cancelled. I did not fancy waiting on Swanley station for half an hour therefore I boarded the next Southeastern service to Otford and waited for Thameslink train to Bat & Ball there. A half hour delay to my journey, another delay replay claim submitted.

Friday 20 July – I am bound for Canterbury today. I started my journey on the 09.21 service from Bat & Ball which arrived at Sevenoaks two minutes late. The 09.41 to Canterbury West arrived on time. Whilst I was in the Canterbury area it was raining!

Saturday 21 July – Passport in hand I am heading for the dark side, Epping, and then to Ongar in Essex. My destination was the Epping Ongar preserved railway. I commenced my journey on the 07.51 from Bat & Ball to Sevenoaks. I continued to London Bridge on the 07.59 service. Both trains were on time. I used the Jubilee Line to Stratford and then boarded a Central Line train to Epping. At Epping vintage buses transferred people to the Epping Ongar Railway.

Wednesday 25 July – My destination is York today. London to York and return is about 367 miles; my fares for this journey was as follows London/York £14.50, York/London £19.15. I recently noticed that it is cheaper not to buy a single ticket from Bat & Ball to London Zone 1 in the morning peak period, (cost £15.50). A Bat & Ball to London terminals single in the morning peak period is £12.50, plus a Zone 1 peak period Oyster card fare is £2.40. This combination of tickets saves you £0.60. However, for the return journey from Zone 1 to Bat & Ball via Sevenoaks using a Senior Railcard it is cheaper to buy one ticket costing £10.25.

Thursday 26 July – Today is my monthly reunion with my former work colleagues in London. However, I wanted to go to a shop in Bromley South and premises in Catford before it was time for a meal and real ale therapy in the Crosse Keys in the City. I started my journey on the 13.25 from Bat & Ball to Bromley South where it arrived on time. The shop I needed to use is close to the railway station therefore I was able to continue my journey on the 14.23 to Catford where it arrived on time. Later, I continued my journey to London on the 15.04 from Catford Bridge to Cannon Street which was on time. In the evening I returned from London Bridge to Sevenoaks where arrival was on time. The air conditioning in the class 375 train that I was travelling on was struggling to keep the coaches cool in the hot weather. However, the 18.52 from Sevenoaks to Bat & Ball was delayed by seventeen minutes waiting for a driver. Another Delay Repay claim submitted.

Friday 27 July – My destination is Elmers End today. I had intended to travel from Bat & Ball to Catford then cross to Catford Bridge and travel to Elmers End. However, National Rail Enquiries did not offer any return fares, only two singles at £7.45 with a Senior Railcard discount. An Off-Peak Travelcard at £13.70 was another option. Elmers End is a Zone 4 station, why was an Off-Peak Zone 1-6 Travelcard with a Senior Railcard discount at £10.90 not offered? I decided to buy a return to Beckenham Junction and travel on the 54 bus route between there and Elmers End. This cost £5.50 plus £3.00 for bus fares.

Sunday 29 July – My destination was the Barbican this evening to see Steve Earle play there. I travelled from Sevenoaks to London Bridge on the 18.01 service which arrived one minute early. It was fortunate that I decided upon this train because the next one was cancelled.