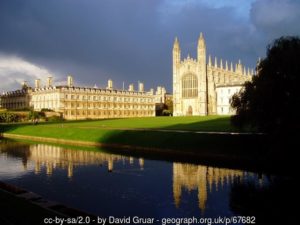 From 2018 there will be an all-day “Thameslink” service from Maidstone East to Cambridge. There will be two trains an hour of 8 cars, calling at West Malling, Borough Green, Otford and Swanley, then fast to London Bridge, Blackfriars, City Thameslink, Farringdon and St Pancras, and then on to Cambridge. The journey time from Maidstone to London Bridge will be around 52 minutes.

This is great news. We had been expecting peak-only services, but GTR said at today’s Stakeholder Conference that their plans are that this service will be both peak and off-peak, extending into the evenings, on Monday to Fridays and Saturdays.

The trains will apparently be routed via Chislehurst and London Bridge. That a faster route than via Bromley South, which is an advantage. However it will mean that they cannot call at Denmark Hill for Kings College Hospital. That’s disappointing given the number of medical staff and patients who need to travel from our area to that leading hospital. The routing is apparently to make room for the new Orpington Thameslink service (see below). However the proposed routing seems to involve on-the-flat crossings from the Kent fast lines onto the Thameslink lines: these introduce operational complexity in themselves. Eliminating conflicting train movements was the case for spending squillions on the new Bermondsey “dive-under”, but the way it has been designed means that it will give no help improving the connections between the Kent Mainline and Thameslink services.

GTR have also said that there are going to be additional trains from Orpington via Catford to the Thameslink core stations, strengthening the Catford Loop service to 4 trains an hour. (2 from Sevenoaks via Bat & Ball as now and 2 new ones from Orpington).

GTR have also confirmed that Sevenoaks via Bat & Ball Thameslink services will continue unchanged after 2018. The extra capacity on the Catford Loop will also lessen overcrowding on these trains in the London area. That’s also good news.

GTR will be consulting on the detailed timetable starting in July.

(Updated 16 June to confirm stopping at Borough Green and to add trains from Orpington, and with further information on operational considerations and on journey times kindly supplied by Thameslink.)