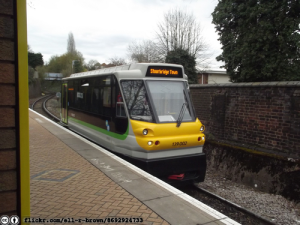 Sevenoaks area travellers returning to work in London this week have been hit by a double whammy of higher fares and shorter peak-hour trains. The 0751 and 0812 from Sevenoaks to Charing Cross, and the 1739 and 1803 from Charing Cross to Sevenoaks, have all been cut from 11 coaches to 8 for the next few months – removing 176 seats from each train. Many Sevenoaks passengers on these services will not be able to get a seat.

Why is this? Sevenoaks area travellers might have thought that they would be unaffected by the emergency East Kent timetable due to the failure of the sea wall at Dover and the subsequent closure of the Dover-Folkestone line. 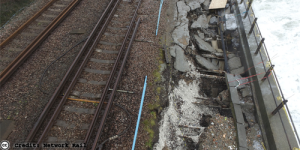 After all, it is a long way away, and Southeastern have been putting on replacement bus services.

However it has emerged that Southeastern have also provided a rail shuttle service between Ramsgate and Dover. Since Southeastern do not keep any spare rolling stock (discuss) they have taken two 3-coach units from other services in order to do so. For Sevenoaks this means that the 0751 and 0812 services, normally 11 coaches, have each been reduced to 8; and the corresponding evening services, the 1739 and 1803, have also been reduced from 11 coaches to 8. Each of the three-coach 375/3 units has 176 seats. So that is the removal of over 700 seats each day.

Mornings: unlikely to get a seat?

Southeastern’s own data shows that the 11-coach 0751 and the 0812 are both normally graded “Amber” at Sevenoaks – that means “limited seating” – although we get regular reports of Sevenoaks passengers having to stand on the 0751 in particular. The reduction to 8 coaches is likely to mean that there will be no seating available on arrival at Sevenoaks and everyone from our area will have to stand.

On the evening return Southeastern’s data shows that, although seats are normally available at Charing Cross, boarding at Waterloo East can be difficult. The 1739 normally has only limited seating and the 1803 is already marked as “standing room only”. This is likely to mean that it could now be impossible to get a seat on the 1742 from Waterlooo East and the 1806 may now be impossible to board.

If anything else goes wrong?

We are also concerned what will happen if – as regularly happens – one of the remaining units has to be taken out of service. That would mean that 11-coach trains would become 4.

While we appreciate that Southeastern’s options are limited, it is regrettable that this has involved shortening trains in the “high peak” when they are already very full. What’s more, Southeastern still have not learned that it is better to communicate with people affect, tell them what is happening and explain why. Southeastern’s website (archive) makes no mention of shortening other trains or of effects on passengers across Kent as a whole. (Conversely full credit to the Southeastern Twitter Team for responding promptly to our questions this morning.)

We would be interested to hear your experiences with these trains over the next few weeks. Have you been able to get a seat? Have you been unable to board at all? Please let us know!