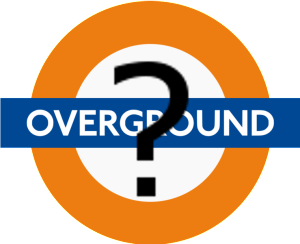 Transport for London is considering seeking the ‘devolution’ by the DfT of SER metro services including those to Sevenoaks via Dunton Green. Sevenoaks Rail Travellers Association have already had an initial and positive meeting with TfL officials on this issue; this note summarises our findings.

TfL bid for the devolution of South Eastern metro services including those starting at Sevenoaks in 2013. As the London TravelWatch paper to the GLA makes clear this failed due to objections from Kent County Council and a number of misunderstandings. These have now been addressed.

In 2013 SRTA and 81% of local people supported the devolution of South Eastern metro services. We saw the benefits of payment by Oyster card, zonal fares which are potentially lower, improved service reliability, manned stations, a more efficient and quality focused franchising model, lower fare evasion, and the greater scope for longer term capacity enhancement as well  worth having, and sustainable. Some have already materialised on the lines where devolution went ahead.

At the time it appeared to us that these gains could be achieved without damaging long distance services on the West Kent mainline – and it was likely that operational improvements in the metro area would lead to more reliable timekeeping for the longer distance trains too. The Mayor was then willing to make binding commitments to protect the paths for longer distance services.

As SRTA understands the position now, TfL remains willing to renew its bid for the devolution of the South Eastern metro services on very similar terms to those offered in 2013. We support it now for the same reasons as we did then, and are delighted that Kent County Council and Sevenoaks Town Council – among others – now support it too.

This means – in the short term – that we would like to see the current South Eastern franchise split into the metro services and the mainline services, with metro being devolved to TfL, and the mainline franchise being organised by DfT both in consultation with KCC and other interested parties.

This split will need a number of safeguards built into it:

We note that London Travelwatch supports these safeguards, as well as a number of others such as seamless information, and transparency of service data, which we support.  These are common issues to protect passengers, which we expect TfL and DfT to support as well.

Discussion in the local media,  and an online petition, have focussed attention on bringing Oyster cards to Sevenoaks as a more efficient payment system with the potential for zonal fares and for smart ticketing to help those people who travel less than five days a week.

There appear to us to be two main options:

(1) extend the Oyster ticket system alone This is what is being done at Swanley by end 2016, and there are powers in the Franchise Agreement with Southeastern for the DfT to add Sevenoaks, provided that DfT pay all the costs. The Oyster card scheme allows special, non-Zonal, higher, fares from non-TfL stations outside London like Watford Junction and that is almost certainly what would happen at Sevenoaks with fares still being set by SER. Special daily (and, for contactless, weekly) caps would be set by reference to SER’s travelcard fare. It is what will happen at Dartford and Swanley.

(2) devolving the South-East London Metro services to TfL with a consequential extension  of the Oyster ticket system including those to Sevenoaks via Dunton Green.  TfL have indicated that under devolution Dunton Green would be likely to become a ‘zone 9’ station similar to Brentwood, and this would provide some fare savings for commuters and off peak from Dunton Green, and possibly, via competitive pressures, at Sevenoaks. Devolution includes not only full integration in the Oyster system but also manned stations, higher quality services (TfL Overground consistently come out among the best rail services in customer surveys) and eventually new rolling stock. Sevenoaks has missed all this – unlike the Hertford line where devolution came into effect on 31 May and the improvements are already evident.

SRTA strongly favour option 2. Option 1 will deliver very limited benefits since responsibility for all services, fares would remain with SER, and none of our local stations would get true “Zonal” fares or other service improvements. Anything less than devolved services would not generate the operating savings that underpin the savings for customers through zonal fares and smart ticketing which we expect from the change.

Unlike Southeastern, who are making little real change to services, TfL’s policy is to improve quality and frequency, and so to increase passenger numbers. As a result the operating cost per journey on TfL Overground has fallen since 1995 – whereas a season ticket from Sevenoaks to London has doubled in that time. What’s more, TfL re-invest any profits in improving their system; GoAhead’s profits go straight to their shareholders.

A longer term issue is the availability of Oyster cards on the Thameslink slow service along the Darenth Valley between Swanley and Sevenoaks. Tickets between London and Sevenoaks are currently valid on these services and it would seem anomalous that Oyster cards will be available as far as Swanley and could be accepted from 2018 at Sevenoaks on London trains via Orpington but not via Bat & Ball and Otford.

Why would anyone want to keep the Metro services with Southeastern?

Two objections to devoluton have been raised locally which we regard as unfounded.

SRTA’s assessment is that devolution of South Eastern metro rail services, with the right safeguards, would benefit Sevenoaks Town and District, and other areas of Kent. We need to ensure that the savings and the quality improvements are shared, and deliver a cheaper service as TfL has already done for communities in Essex and Hertfordshire.